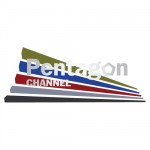 Doing double duty as a father and a deployed service member requires focus and commitment. But the effort you put into remaining a vital presence in your child's life will strengthen your relationship and give both of you greater peace of mind. In this CD, fatherhood expert and former Marine Armin Brott talks about ways […]

The Military Father on MommyCast

Armin talks about issues facing dads in the military, with the hosts of the nationally syndicated TV show.

Armin talks about fatherhood, special concerns of new dads, work and family, dads in the military, and lots more with the hosts of the nationally syndicated TV show, "Daytime."