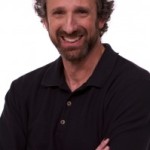 A former Marine, Armin Brott has devoted the last 15 years to providing men with the tools, support, and knowledge to help them become the fathers they want to be——and their families need them to be. His seven critically acclaimed books for fathers have sold well over a million copies. Titles include The Expectant Father: Facts, Tips, and Advice for Dads-to-Be and The New Father: A Dad’s Guide to the First Year. He has written on fatherhood for hundreds of newspapers and magazines and is a frequent guest on such television programs as the Today Show. He also writes a nationally syndicated newspaper column (Ask Mr. Dad), and hosts a syndicated radio show (Positive Parenting). He lives with his family in Oakland, California.

In addition to his work on fatherhood, Armin's curiosity, passion for knowledge, ability to get up to speed quickly, and knack for translating complicated concepts into easy-to-understand language have let him to collaborate with experts in a variety of fields. The result has been ten books on topics as diverse as customer service and brain chemistry.